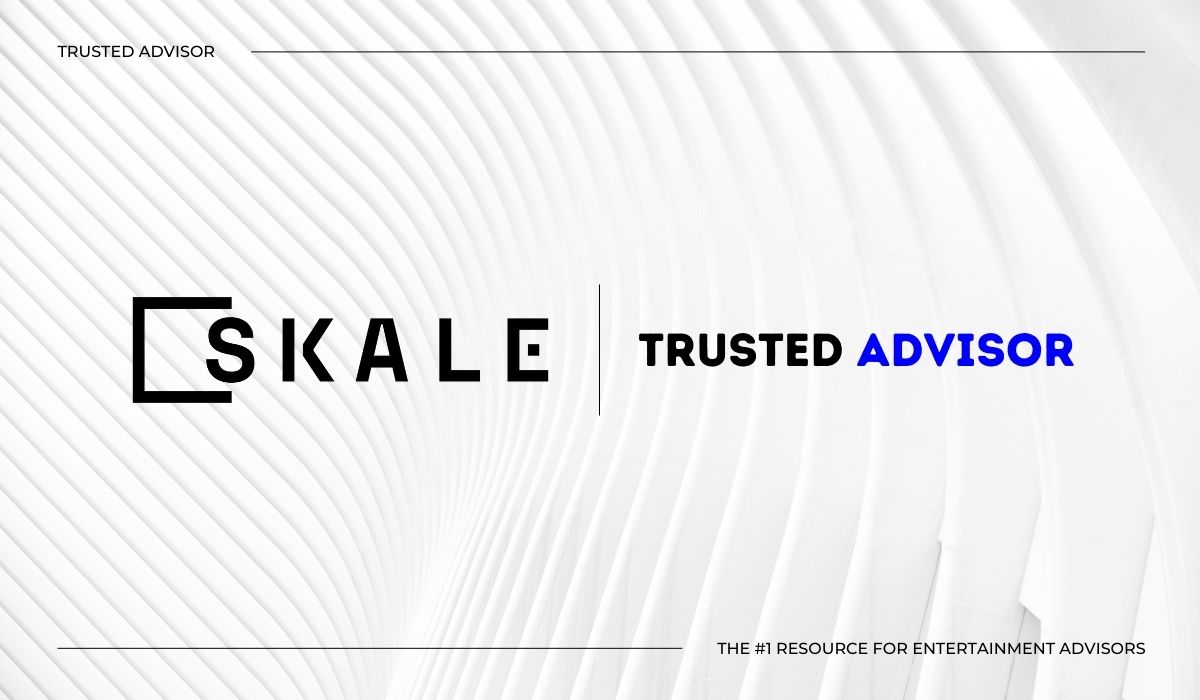 SKALE, a network founded by Jack O’Holleran and Stan Kladko, has partnered with Trusted Advisor for Trusted X LA, the June 15 event in Los Angeles, California.

The SKALE network exists to assist blockchain technology and the NFT market through their growing pains, the difficulties that come with … scale.

The popularity of nonfungible tokens continues to grow. A new report predicts that by 2027, the total NFT market could be worth $13.6 billion. NFTs, having become over the course of 2021 a factor in the world of arts, gaming, and fashion, will become ever more important as the ‘metaverse’ gets to be more of a driver in all of those worlds, and in retailing, and in everyday life. But… snags in the NFT growth trend have emerged. Most especially, minting costs are high and transaction wait times are long.

Consider a recent debacle. Over the weekend of April 30 – May 1, Yuga Labs, the company known for having created the Bored Ape Yacht Club, raised about $320 million in a “metaverse land sale.” This was the largest NFT offering ever. As a side effect, Ethereum (ETH) transaction costs (“gas fees”) reached thousands of dollars, between 100 and 200 times higher than usual.

Given the hype of the BAYC land sale and its Otherdeeds as they drove the demand to transact, the spike in gas fees induced nausea. Bloomberg says that each of the 55,000 NFT plots cost close to $5,800 (paid in APE), gas fees separate. The gas fees exceeded that, getting to $6,000 per deed. This was akin to being obliged to tip the waiter in a (very) fancy restaurant more than the price of the meal.

Yuga Labs apologized on Twitter for the madness, “We’re sorry for turning off the lights on Ethereum for a while,” the tweet read: “It seems abundantly clear that ApeCoin will need to migrate to its own chain in order to properly scale.” What the NFT market more broadly needs, in order to cement its own place within the new Web3 world, is an easy, seamless user experience.

A Name and a Mission

The SKALE network was created with that thought in mind, with zero gas fees for the end user and fast, modular, multichain technology. In the words of its whitepaper, “The SKALE Network has been designed with the goal of resolving the technical scalability, user experience, and cost issues affiliated with decentralized networks such as Ethereum” as well as with that of bringing application specific architecture to developers.

SKALE offers its own platform as an open source Web3 work-around, as envisioned by Kladko, a physics Phd., and O’Holleran, a Silicon Valley veteran in the machine learning and blockchain worlds.

With the use of their platform and its native crypto, also known as SKALE (SKL), developers can build their own blockchains and communicate with the Ethereum network, while avoiding the gas fees.

SKALE’s highly configurable platform was built to support an ever-expanding set of Dapp-specific chains that run without centralized dependencies, creating a world-class user experience for NFT platforms, games, and Web3 applications. In fact, the whitepaper uses the phrase “Elastic Sidechain Network” as an alternative name for SKALE, because the primary use case is precisely the creation of Modular Layer 1 Hybrid Blockchain for the Ethereum blockchain.

Jack O’Holleran will be speaking at the upcoming Trusted X LA event on June 15th – don’t miss out!