Pressures from Marketers and Peers: Building an Audience the Wrong Way? 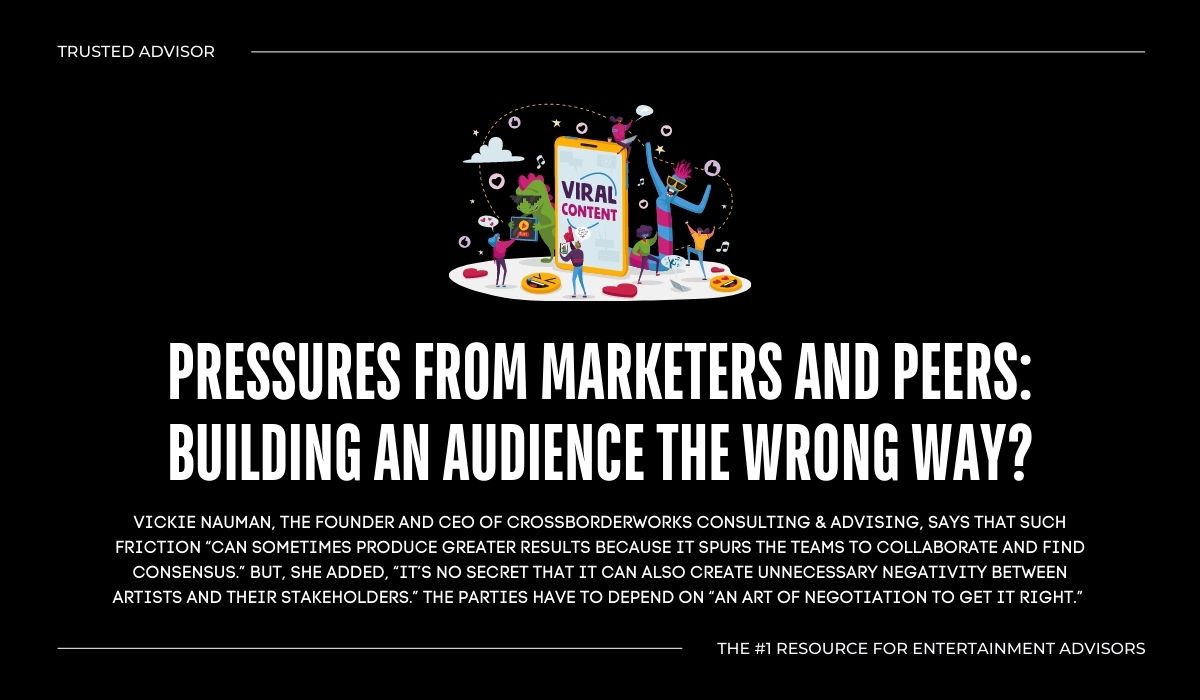 Virality is the new ‘commercial.’ The ancient complaint of successful musicians is that the business people around them want them to stick to ’commercial’ music and lyrics past the point when they, the artists, feel the need to express themselves in a more idiosyncratic way.

In the United States, in particular, the issue of art-versus-commerce takes on a racial tinge at the best of times, and a good deal more than a tinge at the worst. Jazz, the blues, gospel, soul, and rap: each originated with African-Americans.  And in each case many of the pioneers achieved little or no commercial success.

When these forms have become successful, the result has sometimes been what critics call a “bleached Pepsi culture masquerading as the real thing.”

A further result has been a constant tension between artists (of every race and ethnic background) who have benefited from commercial success yet who believe they have an obligation to move beyond that, back to “the real thing,” and institutional pressures that they should do what works, on the bottom line, for themselves and the rest of the ecosystem that grows around artists.

Vickie Nauman, the founder and CEO of CrossBorderWorks Consulting & Advising, says that such friction “can sometimes produce greater results because it spurs the teams to collaborate and find consensus.” But, she added, “it’s no secret that it can also create unnecessary negativity between artists and their stakeholders.” The parties have to depend on “an art of negotiation to get it right.”

Go Make Yourself a Viral TikTok!

It comes as a new twist to an old story, then, that a growing number of musical and literary figures say their management is pressing them to create a “viral moment” on TikTok.

The term “viral” in this context is of course metaphorical. A viral moment doesn’t involve passing along a Covid variant. As the analogy suggests, though, a “viral” image or earworm or piece of news moves contagiously from one social media user to several others, and from each of those several others to a new generation of targets for the contagion, and so on.

On Jan. 4, 2019, an Instagram account posted what seemed an ordinary image of a brown egg. The photo was perfectly ordinary, but was accompanied by the enticing caption, “Let’s set a world record together and get the most-liked post on Instagram.” And it went viral, getting 28 million likes in ten days.

The image of the egg, and of that caption, not only broke records, it beat out what would otherwise have seemed a sure winner for most liked photo of that week: a touching picture of Kylie Jenner with her new baby.  The account, @world_record_egg acquired three million followers in that same ten day period in which its egg photo received those likes. That is what virality can do, even when working from unimpressive materials, when the internet’s mood is right.

It is unsurprising then that companies in the business of making money have sought to monetize virality. They have also sometimes been strikingly successful at it.

But, like the “world record egg,” a viral sensation has a short shelf life. Artists unsurprisingly want a long shelf life for their careers, which is itself sufficient reason for them to be wary of making such quick-burning brush fires part of their business plan.

This conflict received a good deal of attention in recent days with an assist from Axios. The Axios piece begins with Halsey and TikTok.  On Sunday, May 22, Halsey, who was signed by AstralWorks in 2014, posted on that social media site under the headline “I’m Tired.” She said that has a new song she wants to release but AstralWorks won’t allow it “unless they can fake a viral moment on TikTok.”

They are doing the same, she said, “to basically every artist these days.”

Halsey is far from the stereotypical outsider who might need a viral moment to break into the industry. She has sold more than 165 million records. She won three Billboard Music Awards in 2017, and she’s been nominated for three Grammys.  This year, she was a nominee for Best Alternative Music Album for “If I Can’t Have Love, I Want Power.”

Perhaps her TikTok complaint itself was her effort to accede to the label’s desire. It certainly went viral, with more than 8 million views and 1.2 million likes. A followup on the same subject received another 3.8 million views.

Nauman, who will be speaking at the Trusted X LA event, said that social media virality is different from that of radio promotions and MTV, because “in today’s landscape … a song can easily get lost in catalogs” with more than 60 million songs. Going viral, then, helps an artist cut through.

Get This Over With

The Axios story cites other examples of pressure on the one hand and artists’ resentment on the other.

Charli XCX, for example, posted a TikTok that consists of a ten second video in which she looks both bedraggled and exhausted. She says, “I didn’t really want to be here, I was made to be here.” She has captioned it, “when my label asks me to make my 8th tiktok of the week.”

Charli XCX, the stage name of Charlotte Emma Aitchison, is an English singer who was discovered by a promoter as a result of her postings on MySpace in 2008. Since then she has gone from warehouse raves to Hollywood movie soundtracks. (Her BoomClap was on the Soundtrack of The Fault in Our Stars 2014).

In terms of TikTok and the search for virality, though, she wants to “get this over with and get on with my life.”

Peer Pressure and a Backing Away

It is not merely musicians who find themselves on the receiving side of pressure for virality. A young-adult novelist and movie reviewer, Margot Harrison, has an analogous story, which she told in an essay for Seven Days.

In Ms Harrison’s case, it does not seem to have been pressure from her publisher that led her to TikTok. It was peer group pressure. She reports that other authors writing for the teen demographic to which she appeals have been “touting their amazing sales boosts” as a consequence of TikTok. Some publishers even run workshops for their authors on how to use the platform.

Her essay discusses how her early efforts became addictive. But, alas! virality has proved elusive, and the efforts have done little for her book sales.

Ms Harrison seems of late to be backing away from the hunt for virality. She writes that to safeguard her peace of mind, “I’ve learned to check my notifications less often and steer clear of the madness of crowds — that is, following mega-popular trends that have zero relevance to my work.”

Some backlash is developing against the pursuit of virality even as a marketing strategy.

Aside from the fact that “let’s get this over with” is seldom a productive frame of mind, the counter-argument to the appeal of virality is this: most sensible business and marketing plans turn on an appeal less universal than, say, water. The customer base for, by way of example, heavy-metal music is fairly narrow.

The appeal of a virus cuts across all the niches — that is why something goes viral, after all. But once the contagion has run its course: are you left with a new bond with your actual audience, the one with which you want an ongoing relationship?  Or are you left with a lot of noise where there might have been some signal?

“Whether manufactured viral campaigns will ever be as successful as true viral phenomena is an open debate,” Nauman says, “and it all comes down to how an artist can work with their label and their team.” 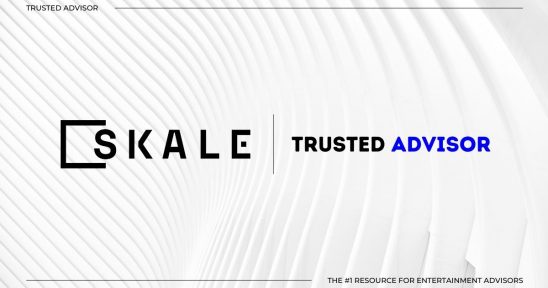