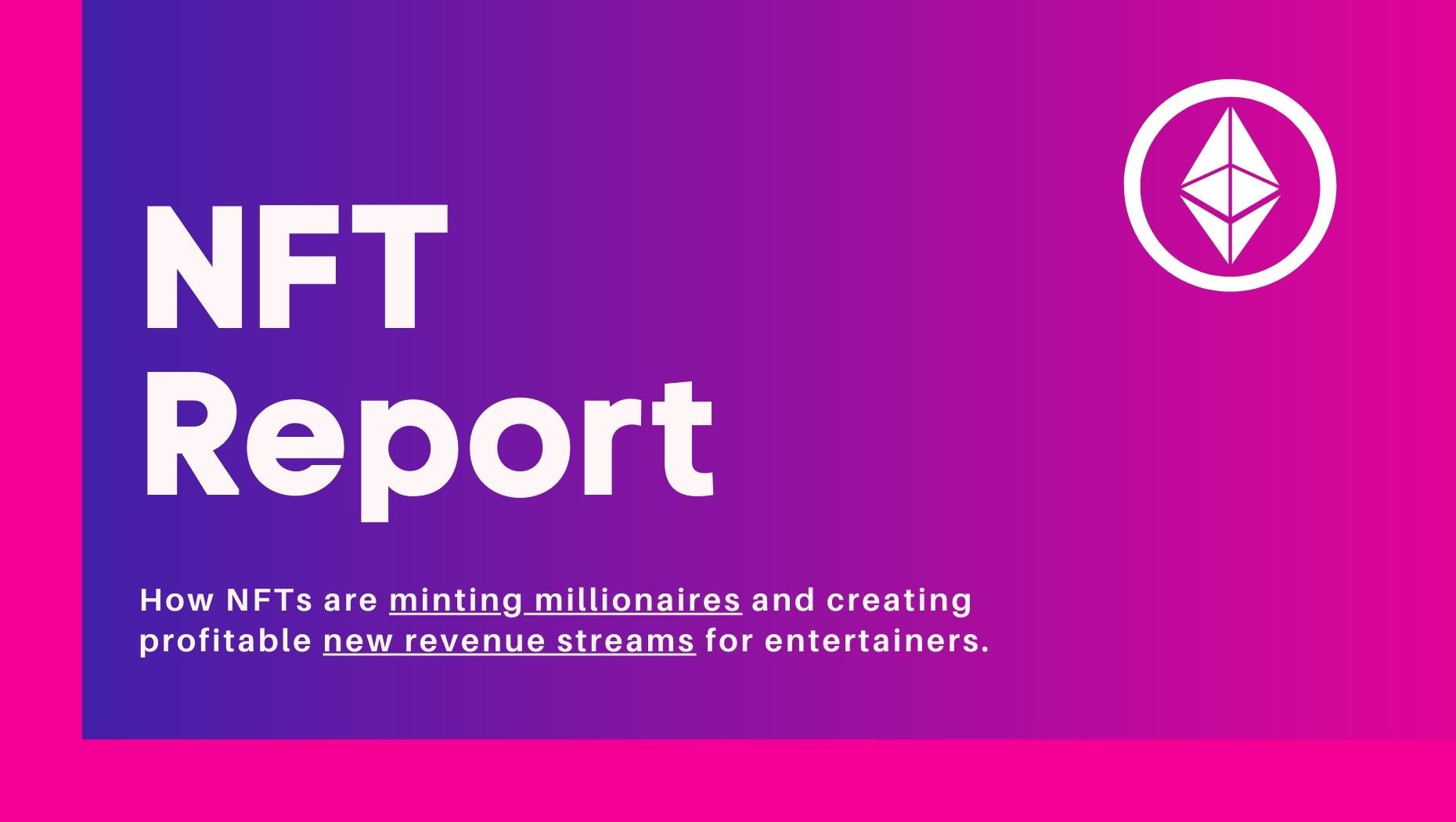 Move over CryptoKitties, there are some new digital collectibles in town! Launched in late 2017, CryptoKitties became the first “product” to go viral in the blockchain world. It’s timing was rather fortuitous as well as Bitcoin reached a peak of almost $20,000 per Bitcoin towards the end of 2017 (the world is currently in a new round of Bitcoin-mania, with prices climbing to over $58,000 per Bitcoin in late February, 2021.

At the time, CryptoKitties were this generation’s form of Pokemon cards, or Beanie Babies, depending on which generation you are coming from. Its mania hit an all time high in 2018, when one CryptoKitty was sold for approximately $170,000.

The Blockchain: Before diving into CryptoKitties, it helps to understand how blockchain works, and how in retrospect, CryptoKitties have paved the way for blockchain products – which will likely become more and more prevalent in the coming years.

At its simplest, a blockchain is essentially a “digital ledger of transactions which is duplicated and distributed across an entire network of computer systems” which support that particular blockchain. Such a way of recording information de-centralizes where the information is stored, and makes it virtually impossible to purposefully or inadvertently change or manipulate records associated with that system.

Considering how much of the world’s data is stored centrally today, a blockchain system eliminates the need for data to be stored and managed under the eyes of one entity or organization (think medical records at your local hospital, your preferred bank for your money, or even the oil change history of your car at your local mechanic).

There are a large number of blockchain networks in existence today (over 4,500 as of February, 2021), but the two that are most recognizable are the Bitcoin Blockchain, and the Ethereum Blockchain. Within these blockchains, cryptocurrency coins have been created to work as a medium of exchange. On the Bitcoin Blockchain, the cryptocurrency coin is Bitcoin (BTC), while on the Ethereum Blockchain, the cryptocurrency coin is known as an Ether (ETH). At the time of this writing, an individual can purchase one BTC for approximately $50,000USD, and one ETH for roughly $1,650USD. The CryptoKitty which was sold in 2018 for $170,000 was actually sold for 600ETH. The same transaction today would cost approximately $900,000!

What is Meant by Fungibility?

“Fungibility refers to an asset’s ability to be exchanged with a similar asset without sacrificing its value. Fungibility also defines an asset’s characteristics, such as divisibility and value,” reports Coin Market Cap.

“In the cryptocurrency sector, one BTC has the same value as any other BTC. However, the game changes when we cross over to non-fungible tokens (NFTs). An NFT crypto token has a distinct value from any other similar token. Individual characteristics dictate their uniqueness, hence, they are non-fungible, much like real-world assets like rare stones, works of art, and collector luxury items,” the report continues.

In a real-life and rather hilarious example of NFT – if you “lend” your cat to a friend to keep them company for the day, your friend cannot return a different cat back to you at the end of the day. Assuming you want the same cat back!

CryptoKitties is a blockchain game built on top of the Ethereum network. It was developed by Dapper Labs, a Canadian company which has the backing of some of the world’s most notable investors, including Andreesen Horowitz, Google Ventures, Samsung, and the founders of Dreamworks, Reddit, Coinbase, Zynga, and AngelList.

Within the game, participants can purchase, breed, collect, and ultimately sell virtual kitties. Each CryptoKitty is unique, has distinct features and characteristics, and cannot be replicated or transferred without the owner’s permission.

Because the game is played on the Ethereum network, the virtual kitties are not stored centrally anywhere, and so the users who own these virtual pets literally own and store these digital assets.

Why CryptoKitties became popular may be debatable – but likely it was the combination of timing, and one of the first use cases showing how the Ethereum blockchain (or blockchains in general) could be used mainstream.

The “Next” CryptoKitties – NBA Top Shot and Grimes’ Virtual Art

After over two years of massive volatilities, where Bitcoin fell from it’s 2017 highs to lows in the $3,000 range, the price of Bitcoin is soaring again, almost reaching $60,000 per BTC over the past few weeks.

Along with this rise, public interest in cryptocurrency and blockchain technologies is soaring once again, and developments across the various blockchains is reaching the mainstream, through one creative venture after another.

From the creators of CryptoKitties, “Top Shots emerged from a licensing agreement the NBA and its players’ union made with Dapper Labs in 2019.” Top Shots produces short highlight reels of NBA players (e.g. LeBron James, Steph Curry, etc…), turns them into digital assets (NFTs), and ties it to Dapper Lab’s Flow Blockchain (a chain separate from Bitcoin and Ethereum).

These digital assets are sold in “packs” (similar to baseball trading card packs), where one pack contains a certain number of ‘moments’ (digital highlights), and ranges in price from $9-$99. There are various classes of packs – with more expensive packs containing highlights from more popular players, or moments more memorable (a playoff highlight, for example). Each pack is limited, even though technically an unlimited number of packs can be created (which results in a demand for the limited supply of these assets). Since the first pack ‘dropped’ in 2020, more than 36 packs have been sold – and each pack has sold out. In fact, according to CNBC, the Top Shot product has generated over $230 million in gross sales, an astounding figure given the product that is being sold. Lebron James dominates the Top 10 in terms of most valuable moments – with a James dunk currently reigning as the most valuable moment ever sold (for $208,000 at the end of February, 2021). The rest of the Top 10, comprised of just Zion Williamson, Steph Curry, and Giannis Antetokounmpo, is as follows:

“Dallas Mavericks owner Mark Cuban has compared Top Shot to the old-school model of trading cards, where consumers can have fun trading and collecting scarce items – only with no risk of damage or theft. ‘And the value is still set by the same laws of supply and demand,’ he wrote in January.

The demand for Top Shot products is hotter than ever, with packs regularly selling out the same day that they are released, and demand for new packs increasing with each passing day.

Grimes, or “c”, if one is following last year’s reports that she had changed her name to this one letter, has also recently broken into the world of NFTs. Over the final weekend of February, Grimes collaborated with her brother Mac Boucher for a collection of digital artwork in the form of NFTs – named “WarNymph Collection Vol. 1”.

The collection contained ten different pieces of crypto art (of which each piece had a limited number of copies for sale). Some of the pieces also came with music from the star, including songs like “Mars Theme”, “Anhedonia”, and “Ærythe”. The collection was put on auction through Nifty Gateway, “the premier marketplace for Nifties, which are digital items you can truly own.” Proud owners of these digital works own them through the Nifty Gateway blockchain, which was acquired by the Winklevoss Twins through their CryptoExchange called Gemini).

This isn’t Grimes’ first venture into the digital art territory – during May 2020, the eccentric singer put up her soul for sale – first for $10million dollars, before changing to the highest bidder. As of today, it is unclear whether or not she has successfully sold her soul.

Where are NFTs going?

While Bitcoin’s volatility cannot be denied, there have now been recent moments where the value of the digital currency has been closer to $100,000 per BTC than $0 per BTC. It remains to be seen whether or not the platforms which make all of this possible continue to inspire creative new products to be sold, and if people will continue to flood the markets to find the “next CryptoKitty.”

With new revenue streams comes a world of opportunity. As the world embarks upon these NFTs, those in the entertainment space seem to be best positioned to take advantage of some early financial gains. While business managers are likely helping their clients today with business investments, venture capital, stocks, endorsements, and the like, they may want to (and soon need to), incorporate digital assets like cryptocurrency and NFTs into the discussion and into the overall portfolio.

For those clients who may want to do more than buy coins, tokens, or NFTs, there may be opportunities where creatives work directly with companies like Dapper Labs and Nifty Exchange. These individuals may create their own, personalized limited product, throw it on the blockchain, and depending on public interest and demand, see some serious money start flooding in.

Whether this is a fad or a long term trend remains to be seen – but those who are willing to learn, engage, and become early adopters may be able to take advantage of some massive gains.