Licensing 101: Our guide to celeb licensing 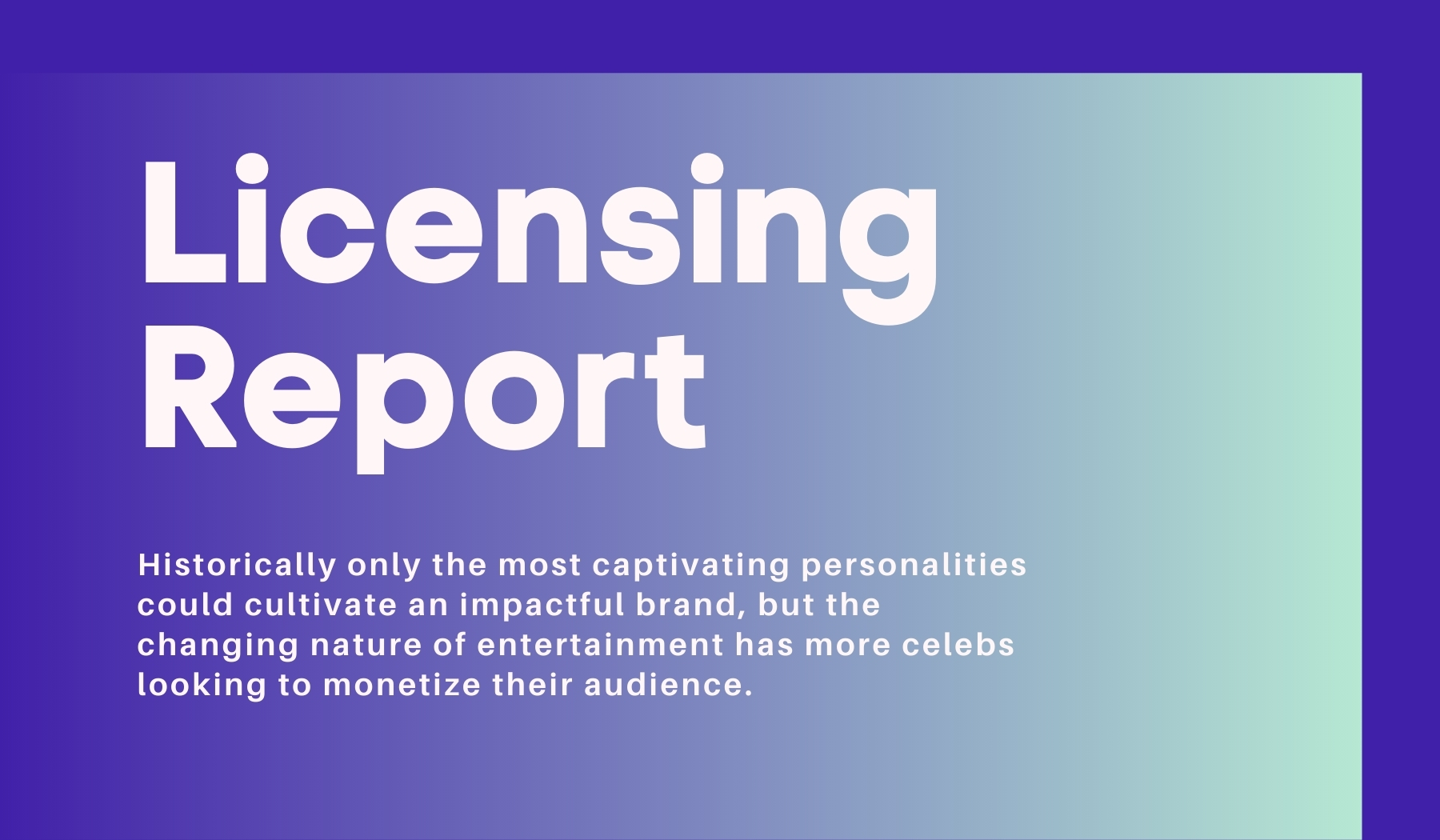 Celebrities have been crossing genres to increase their exposure and personal brands for decades. But while it used to be that only the most captivating personalities could cultivate an impactful brand, the modern world of influencer marketing has changed how we define celebrity. And while it has never been easier to become an influential figure, it has also never been more essential for influencers to license their inner celebrity.

What Is Celebrity Licensing?

Celebrity licensing is when an existing business licenses the image and naming rights of a celebrity. The result is a product that appears to be fully backed and promoted by an influential celebrity personality.

An easy example to show how celebrity licensing can work effectively is the George Foreman grill. Do we think George Foreman was tinkering away in his garage building a plug-in panini maker? Of course not, but the product appeared to be George Foreman’s baby, and it was a massive sales success.

While the implementation of celebrity licensing sounds simple on its face, the execution can vary wildly depending on the celebrity’s participation level. In most cases, the licensee already has existing designs, ideas, and supply chain to facilitate, while the celebrity has the power of final approval.

But while some celebrities go through the motions and are simply a face behind a brand with no personality attached, others are incredibly hands-on. And it is up to the business managers surrounding and advising these celebrities to steer them into opportunities in which they will thrive, rather than wither away as a forgotten, failed experiment.

While in the 1990s, only a handful of well-known celebrities could leverage their individual brand’s into impactful products, today, anyone with a smartphone and a personality can become a high earning “celebrity” figure.

“The word ‘celebrity’ can be slightly polarizing,” said Kimberly Kreuzberger when asked what our typical celebrity looks like at the 2020 Future of Business Management. “I think of anyone with influence.”

The secret sauce to influencer marketing working so effectively is when the tastemaker can perfectly blend sincere authenticity with earnest promotion. The audience understands that a product is being sold to them, but they also recognize that the celebrity genuinely enjoys the product and enthusiastically stamps it with their seal of approval.

As you contrast this style of open and sincere advertising with an old-school commercial where a celebrity holds up a product and gives a half-hearted endorsement, you begin to understand the power of influencer advertising.

Before a new mega-contract can be negotiated, a brand must be meticulously built. For those influencers starting from scratch, this takes years of hard work. But for a celebrity with a built-in brand and fanbase, executing a profitable licensing opportunity is all about marrying one’s personality with the right opportunity.

While modern influencers that were not already celebrities to begin must take the time and effort to build up a brand, they also have the luxury of owning their niche by the time they’ve reached peak influencer status. Comparatively for established celebrities, it is now the job of an astute business manager to vet that influencer’s brand with the most profitable products and business model.

“I think it’s important when we think about celebrity…what happens a lot is a celebrity just wants to build a business,” said Kimberly Kreuzberger when describing how a business manager can most effectively go about cultivating a client’s image and brand.

Kreuzberger went on to say, “Business managers need to be really discerning, and be the ‘No’ player. A lot of celebrities in my world surround themselves with ‘Yes’ people, and I think we’re the people that can say, ‘that doesn’t make sense.’”

Rather than playing not to lose, Kreuzberger argues that business managers need to be playing to win. And that is exactly what celebrities are looking for from their representation.

“We’ve seen the playbooks in the market, and I think it’s up to us to educate and share what’s best in class, what operation excellence looks like. And not be afraid of the pushback. Because we will find a business to build around the right celebrity or the right person of influence.”

Effective business managers are even more essential in a post-pandemic world. The modern landscape of media and advertising has never been in a more constant state of flux. And anticipating where the next business opportunity may emerge has become exponentially more important.

“In general, there’s always risk, and now there’s that X-factor, where nobody knows what’s going to happen. Months from now, if everything’s back to normal, are our lives going to be completely different?” – David Altman, Variety Business Managers Elite 2020

Building a Brand Begins with Personality

The idea of turning one’s celebrity into a thriving brand is not a radical idea. But what is new is how easy it is for someone to flourish across multiple mediums while utilizing free promotion techniques along the way. The world of modern social media is like the Wild West of advertising, and the first to lay claim to their plots of land are rewarded richly.

Strike While the Iron Is Hot

The power of celebrity is intoxicating at its peak. But this power has an expiration clock that is slowly ticking away as each day passes. Another challenge faced by business managers and their clients is being patient enough to wait for the right opportunity to materialize.

It can be easy to jump into a deal that may not be the right fit—not only for your client, but you personally may feel a burden that can only be lifted once a new licensing deal is reached. But while you might feel uncomfortable waiting in limbo, you will both feel much worse after agreeing to a celebrity licensing deal that ends up being a miserable fit.

A celebrity may not understand the fleeting nature of their power and influence, so their support systems must realize the time-sensitive nature of licensing opportunities. Business managers must not only hold out for the best deals, but they also need to remind their clients to take advantage of quality opportunities once they arise.

“Celebrities not making themselves available doesn’t help anyone,” said Octagon Vice President Jennifer Keene. “The last thing I want when I do a partnership with a brand and client is for the assets to go unutilized or underutilized. I want partners to leverage the assets and see the impact working with a celebrity spokesperson can have for a brand.”