Insights from the Royalties Summit 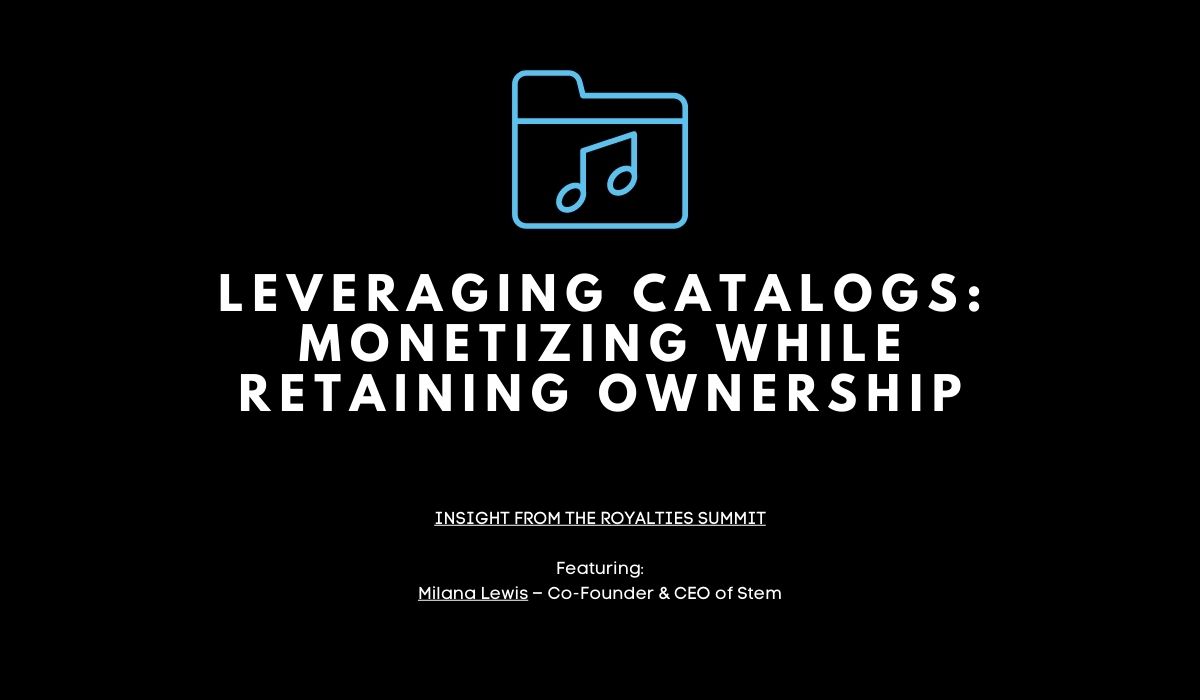 Catalog sales are booming in the music industry right now. At Trusted Advisor we held our first Royalties Summit on May 6, where, supported by Miller Kaplan, we were able to unite business managers from tech, music, and entertainment to discuss the rapidly changing world of licensing, royalties, and ownership models.

For our panel “Leveraging Catalogs: Monetizing while Retaining Ownership,” we brought in Stem CEO Milana Rabkin Lewis, one of the youngest and first digital media agents in Hollywood. She was named 2017’s “30 under 30” by both Forbes and Inc Magazine, and featured in Hollywood’s “New Leaders” by Variety.

Founded in 2015, Stem is a distribution and payments solution that offers music and video distribution, visualized data, monthly royalty payments, and simplified revenue splits. According to Lewis, she created Stem after her own experience with the outdated payments system in the entertainment industry, as often artists’ integrity and interests are foregone to service big labels and distributors.

“I’ve worked with a number of filmmakers, TV stars, and comedians,” Lewis said. “But most of my clients were Youtube stars, or what we now know as ‘influencers.’ What I saw working was that revenue opportunities in digital were massive, yet there was no infrastructure to support digital content creators, or established stars wanting to turn to digital.”

How digital is centralizing payments between creators

However, as content creators went digital, the scale of projects grew, as well as the number of people involved. Stem was an attempt to establish a distribution business that was tied to a payout processing platform: that meant that revenue, splits, and ownership on the master’s, collaborator’s, and publisher’s side could be aggregated and accessed on an upfront, consensus-based model.

Lewis believes that Stem can help business managers: in Stem, managers can go in on behalf of their clients to ensure financial agreements such as splits are put in accurately, as well as easily export and transfer data out of Stem into different softwares.

“We wanted to create a hub for the entire team surrounding the artist. Our platform clarifies where the money is coming from, and when each person is paid, and the simple visibility into both those questions I hope will make everyone’s life easier,” Lewis said.

In February 2020, Stem launched Scale. Scale advances cash upfront in exchange for a fixed amount until it’s paid off — aiming to give artists control and stability without risk or confusion.

Similar to Stem, Scale advertises clarity into entertainment payment deals — Lewis details the often predatory loans artists fall into signing with major label deals that force artists into a 85/15 profit split, or 50/50. With Scale Lewis hopes that artists will be able to reach a more friendly solution, avoiding the hidden costs of a “recoupable advance.” Scale promises 100 percent retention of masters, a flat one time fee separate from the distribution deal, flexibility, and a preferable tax structure.

“While often big artists can get cash advances from places like City National Bank or Bank of America, oftentimes smaller artists sell their rights early on in the career to get these big cash advances, or sell catalogs to get near-term liquidity with catalog sales,” Lewis said. “But with those they don’t have the ability to understand the money that’s being taken out, but also what they need to then pay back to break even.”