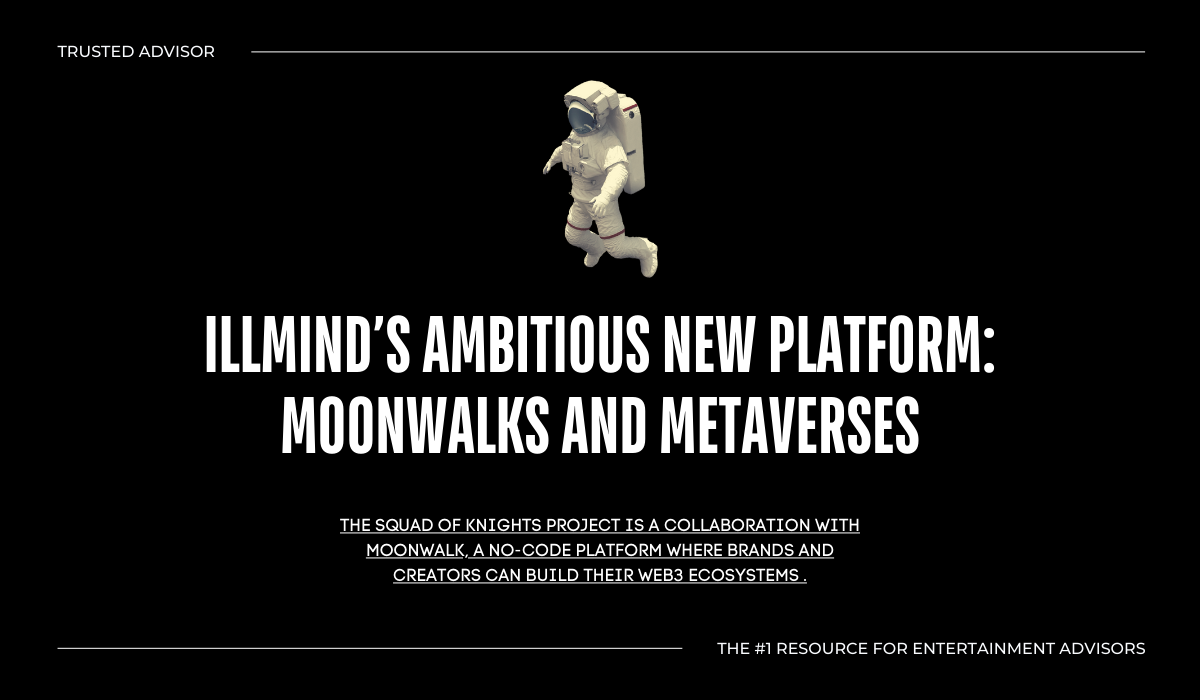 A Grammy award winning producer has launched the first ever NFT and metaverse-based community focused on connecting and mentoring aspiring musicians and artists.

The producer, Illmind, is a Filipino-American who lives in Brooklyn and who has been nominated for ten Grammy awards and has won twice.

Illmind has worked with some of the biggest names in the rap and hip-hop world, including Beyoncé and Jay-Z, who together are known as “The Carters,” (and who did the album that won him his first Grammy, 2018’s EVERYTHING IS LOVE). He has also collaborated with Ye, Drake, etc.

Now Illmind has launched Squad of Knights as a digital creative community to offer tools (such as the sound pack tools from the community “808 Chest”), incentives, and mentorship for the up-and-coming.  Illmind, aka Ramon Ibanga Jr., said, “Finding people to work with is tough. Finding the RIGHT people to work with is even tougher. In the age of social media, it’s still extremely difficult to connect and share creative energies with other people.”

From a Sample Pack to an Ambitious Platform

In February 2021, to get his feet wet, Illmind released what he calls a “sample pack” of NFTs (non-fungible tokens), a collection of 10 original melodies. They sold for 4.5 Ether, which was close to $15,700 at time of publication.

Illmind was impressed, “because sound packs go for like 30 bucks,” as he said.

The Squad of Knights project is a collaboration with Moonwalk, a no-code platform where brands and creators can build their web3 ecosystems. It has the following elements:

As Illmind said in an interview with Genius.com, “Essentially, what I’m doing is incentivizing and gamifying the experience of musicians coming together to make music together, getting to know each other, and building lifelong relationships. And I’m rewarding them for doing it.”

The gamification of this community includes a role-playing element. Members are to choose a role, such as “Knight of Rhythm,” “Knight of Voice,” “Knight of Audio” etc.

On the Word “Metaverse”

The term “metaverse” has been in use since the appearance of the sci-fi novel Snow Crash in 1992. It is used generally to refer to projects that aim to make internet/social network usage more immersive.

Facebook has of late been working to associate itself especially with the term, and has restructured so that Facebook proper, Instagram, and WhatsApp are all subsidiaries of the parent corporation/holding company Meta Platforms. But Spatial is of a different family tree. The term “meta,” which dates at least to Aristotle, is of course no one’s IP, and it is worth observing that CNET called Spatial a “leap forward” back in May 2020, when the pandemic and its lockdowns were new, and more than a year before Facebook decided to go Meta on the verse.

There are 8,888 Ethereum NFTs (“Knights”) in the collection, serving as membership passes. The initial sale took place over the period March 30 to April 8 at a price of 0.1 ETH each.

OpenSea has a secondary market, where the Knights are selling for 0.24 ETH and up.