Insights from The Royalties Summit

E Pluribus Unum: Out of the Many, One 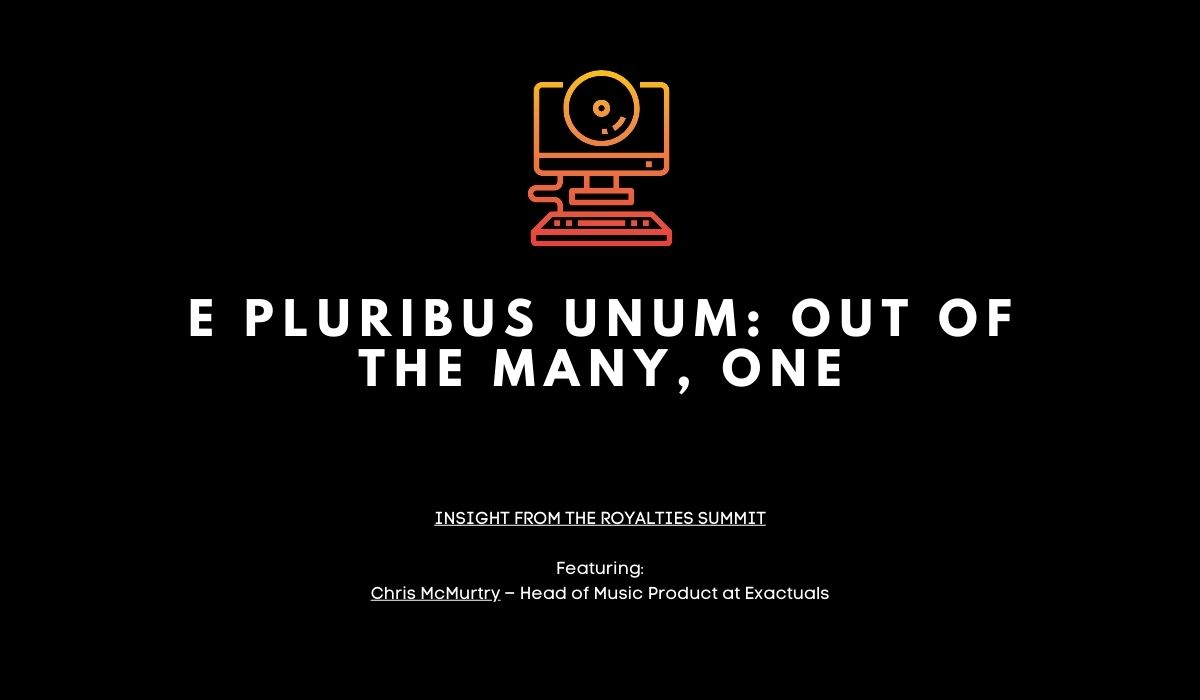 The world of royalties is becoming continually more complex. At Trusted Advisor we held our first Royalties Summit on May 6 where we were able to unite business managers from tech, music, and entertainment to discuss the rapidly changing world of licensing, royalties, and ownership models.

For our last presentation “E Pluribus Unum: Out of the Many, One” we brought in Chris McMurtry, Head of Music Product at Exactuals. Exactuals is a financial software company aimed to simplify and resolve the complex metadata that surrounds royalty payments. After the success of PaymentHub, the company is now launching RAI, an open API that uses machine learning to enhance metadata surrounding intellectual property. McMurtry demonstrated how machine learning is used to create an aggregate consensus across disparate data sources to record and resolve the data on hand.

Exactuals started in 2011 in film and TV; however, once they pivoted to music, they realized the data became a lot more complex. McMurtry discusses the components, and consequently, the challenges that come with metadata — he stated that the accuracy depends on the quantity of and quality of the data, but the resolution of metadata is troubled by the fact that it is disparate and dynamic.

“At RAI we deal with a number of diverse datasets, and we decide on how to resolve that into a single useful record in terms of attributions and payment,” McMurtry said. “I titled the presentation ‘E Pluribus Unum,’ which is Latin for ‘out of the many, one,’ because with data there’s two sides of the same coin. It’s one thing to source data but you have to resolve it.”

When RAI was first conceived, McMurtry said they only aimed to resolve the data from two groups: writer and publisher. RAI originally was a way for Exactuals to easily and quickly match recording and publishing information.

However, as the product developed, the categories grew.

Aggregating this data then, RAI helps companies manage their metadata by “sourcing, resolving, and surfacing key identifiers” and other validated data points. Through an associated family ID, the software will be able to go through each source and pull the version with the matching data point level.

McMurtry also demonstrated the new RAI search engine developed through Exactual’s partnership with The Mechanical Licensing Collective titled “Play your Part,” in which business managers would be able to drag and drop a CWR file and match all the data to what the MLC has on file, from collections, contributors, companies, recordings, and other works. RAI acquirers are also able to interact with the data associated with any given recording; RAI, through AI training, is also trained to ensure the recording meets Spotify and Apple standards.