The Crypto.com Arena and more...

The Present and Future of Crypto Deals in Sports 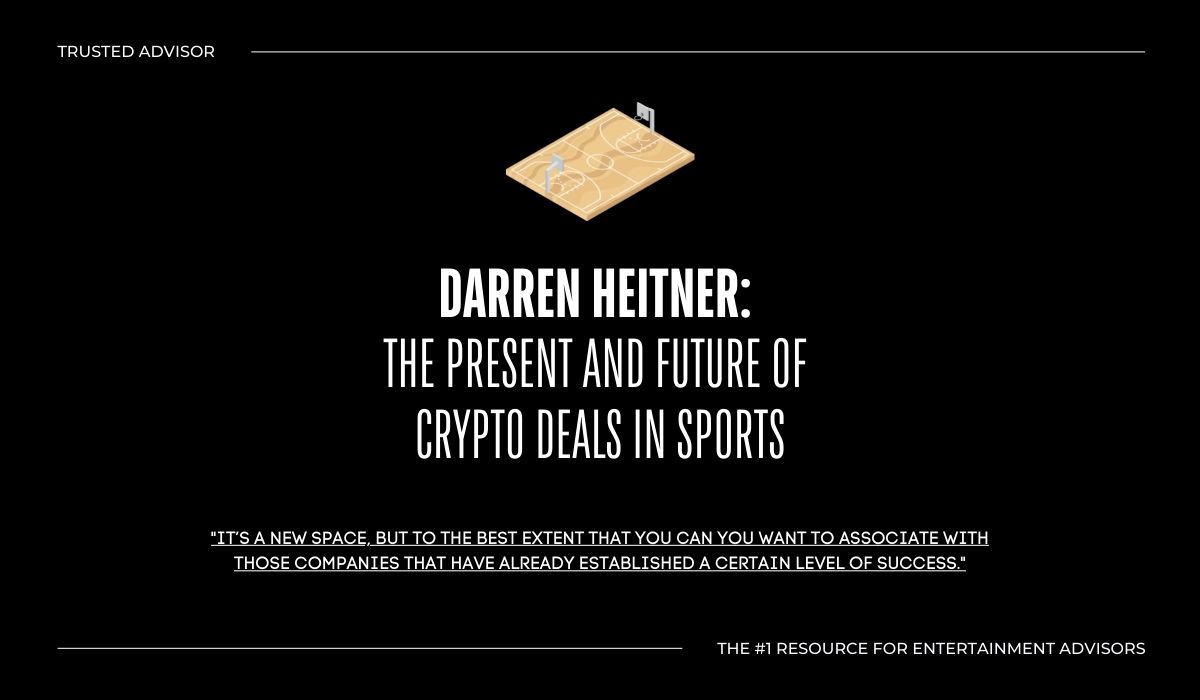 The world famous Staples Center in Los Angeles will be renamed to Crypto.com Arena starting on December 25, 2021. The name change is believed to be the biggest rights naming deal in sports history, with rumors that the agreement is upwards of $700M with a 20 year contract.

The new name will come into effect during the NBA’s heavily anticipated annual Christmas Day slate, with the Los Angeles Lakers defending their home court against fellow championship contenders, the Brooklyn Nets. With this announcement, Crypto.com also welcomes the Lakers and fellow arena tenants, NHL’s LA Kings as official partners.

This isn’t Crypto.com’s first foray into the sports space, as the Singapore-based cryptocurrency platform currently has other high-visibility sponsorship deals with Formula One, the UFC, Italy’s Serie A, Paris St-Germain and the NHL’s Montreal Canadiens, and a sponsorship patch on the Philadelphia 76ers’ uniform.

An announcement this transcending may be the beginning of a domino effect across all of the industries involved. We interviewed Darren Heitner, a well-recognized industry expert on sports licensing, practicing lawyer, arbitrator, professor, writer, and talking head as seen on CBS, Fox News, CNBC, ESPN, and regarding the future of cryptocurrency and licensing.

In our discussion, Darren Heitner explained why cryptocurrency companies are heavily invested in sports marketing, how to measure ROI for crypto related sports licensing deals, and what this deal means for the players, teams, and tenants of the soon to be Crypto.com Arena. For more informative gems please follow Darren on his personal Twitter account and his Sports Agent Blog Twitter account.

Trusted Advisor: “It looks like Crypto.com has invested over $1B in sports marketing. What do you think it is specifically about sports fans that make them more invested and interested in crypto in comparison to non-sports fans?”

Darren Heitner: “Interesting question, because sports marketing is not only a strategy that Crypto.com seems to be emphasizing on, but also FTX and others in the crypto space. I think there’s probably a variety of reasons for that. First, I think you’re able to target a wide array of individuals in age groups and geographic locations. You hit on people at arenas, in person events, on TV, on demand, on social media through signage, messaging, and etc; so you have a very wide reach. But I think it probably also trends slightly younger and that’s particularly true with regard to basketball and that’s why we may see the crypto companies particularly emphasizing their major dollars on basketball. Furthermore, because basketball tends to be a more international sport than the other major sports in the United States. Also, I think you’re talking about entertainment/sports and a very active/engaged consumer and the message may be easier to reach these individuals than through other forms of advertising and marketing. People have been questioning the return of investment on these types of naming rights agreements in the past. Ultimately, we’re seeing a lot of the more traditional brands reappropriate their dollars from this type of spend and now we have newer innovators believing that this is an area that provides quite a bit of value. Time will tell.

TA: That last segment sets up our second question perfectly. There are a lot of reports saying this deal is almost double any other naming rights deal. With a 20 year deal, what are some things that you think that they’re looking at in terms of ROI? How do you define what the real return is with a deal like this?

DH: Well, you’re looking at a venue that hosts two professional sports teams and a multitude of entertainment events on an annual basis based in the heart of one of the biggest cities in the world in the mecca of entertainment in the United States. I think you also have to mention the Super Bowl coming to LA, you have the Olympics coming to LA, you have the World Cup also coming to LA, so that means there’s only to be more attention paid to LA as a city. Under certain circumstances the arena will be used as a venue and Crypto.com will get top-billing and even more attention. It’ll be the benefactor of being in a city with so many eyeballs on it for the foreseeable future and a premium is paid for that, obviously. As opposed to the big deal that FTX signed in Miami – one year less, 19 years but at a discount of $135M. I think that’s where the justification comes into place.

TA: One of the things that we saw that wasn’t mentioned in a lot of places, maybe because there’s a lot of unknowns, was that Crypto.com will also be an official cryptocurrency partnered platform for the Los Angeles Lakers and LA Kings. Do you have any thoughts on how this is going to shape up with the teams and players?

DH: It is typical for a naming rights deal to go beyond slapping the name on the surface or exterior of the arena itself. It is very common for there to be many other deliverables, by way of physical, online, promotions, giveaways, and other sorts of activations. You’ll see a lot of creativity surrounding the team or arena, but less with the particular players because nothing stops the individual players from entering separate arrangements with rivals to Crypto.com. By way of Crypto.com spending so much money in establishing itself with the team and arena, it does present an opportunity for competitors to try to ambush and take away some of that value by associating with individual players as well. It also could enhance and amplify an opportunity for a Crypto.com to participate, particularly prominent players who are participating in the arena. It could work both ways.

TA: We’re speaking about the biggest deals in the space — are you seeing a similar uptick in crypto licensing deals at a smaller level, with individual players and influencers?

DH: We are – one of my clients in the NIL space that works with brands has presented multiple team-wide opportunities to certain athletic programs on behalf of crypto companies. I personally negotiated a number of NFT related deals for athletes across the country both on the professional and collegiate level. This is a new bucket of companies that athletes should certainly be paying attention to and ensure that they complete their due diligence, understand the terms of the deals that they’re getting into and really recognize what opportunities are in this ecosystem. There are plenty of offers being presented and contracts signed.

TA: Do you have any pointers for advisors with entertainment and sports clients as they survey potential licensing deals with crypto companies?

DH: It’s a new space, but to the best extent that you can you want to associate with those companies that have already established a certain level of success, and it helps to have some sort of upfront guarantee payment with an NFT platform so that you’re not solely relying on commissions based on primary and secondary sales, but that they have some skin in the game already so the platform is incentivized to make sure it’s a success. I like the hybrid model from what I’ve seen which is an inclusion of guaranteed money up front and/or throughout the term of the agreement plus royalties for the athletes based on the sales that are made.

To learn more about Darren Heitner check out his official website here. 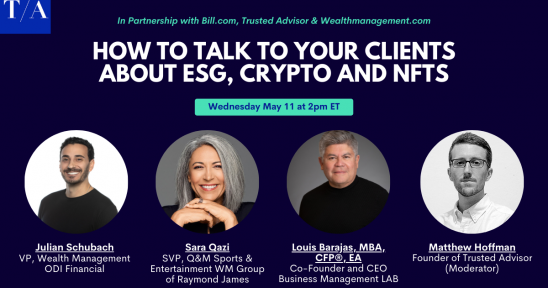 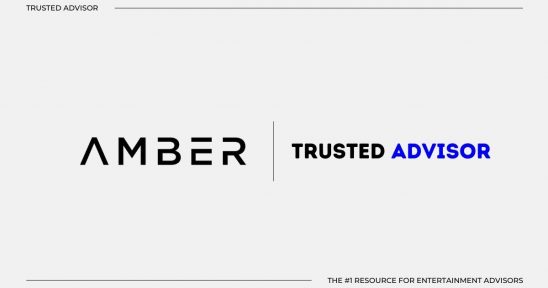 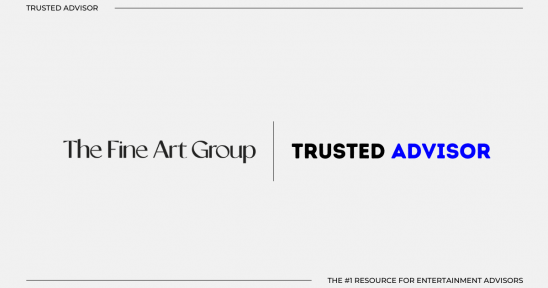 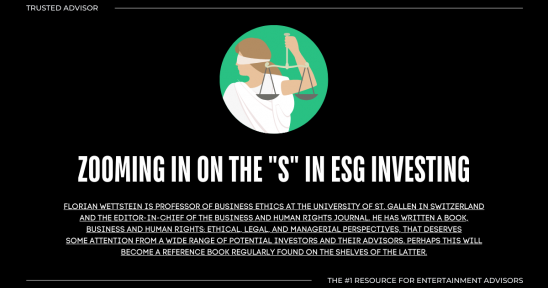