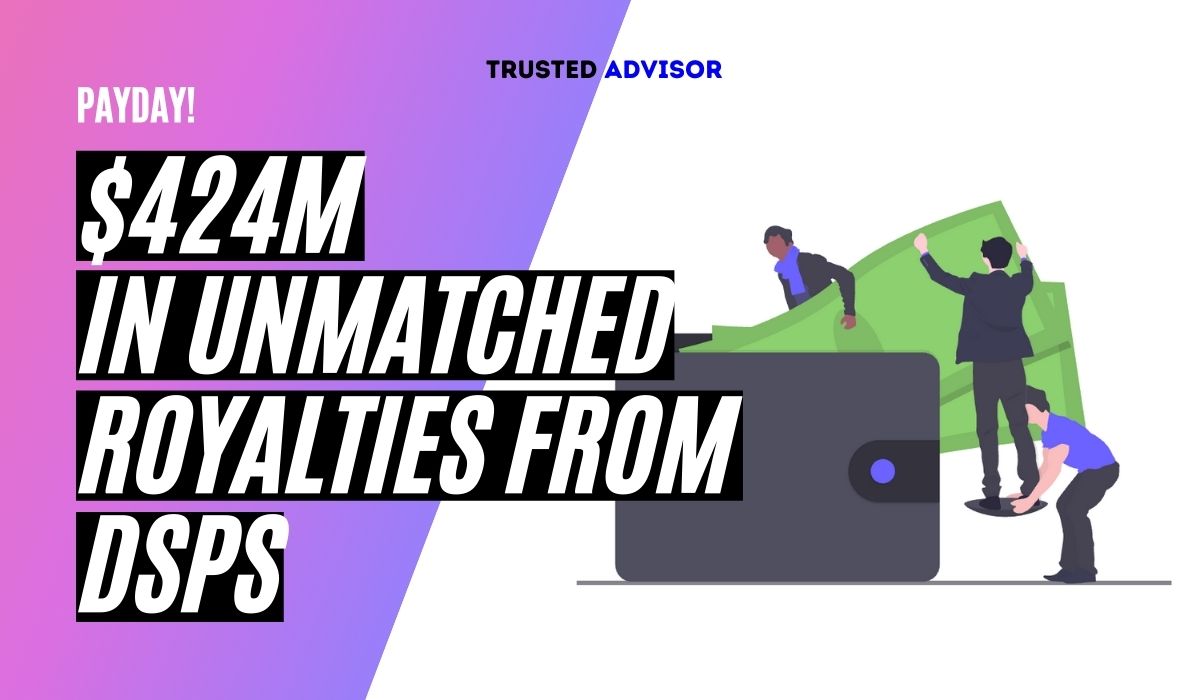 Thanks to the 2018 Music Modernization Act (MMA), on February 16th, 2021, music creatives around the world were able to celebrate a victory against the Goliaths of the Digital Service Provider industry. The Mechanical Licensing Collective (MLC) announced last Tuesday that it had received $424,384,787 in historical unmatched royalties from some of the biggest names in the business.

Apple Music led the way with over $163M transferred, followed closely behind by Spotify (~$152M), with Amazon Music (~$42M), Google Play Music (~33M), Pandora Media ($12M), and SoundCloud ($10M) collectively adding another $100M to the overall bucket. In total, 20 DSPs transferred these unmatched royalties to the MLC. A breakdown of these royalties can be seen below:

Additionally, the DSPs handed over more than 1,800 data files, containing over 1.3 terabytes of data, consisting of over nine billion lines of information.

How exactly did this money come about?

Known as “Black Box” royalties or money, DSPs accrue unpaid funds when the DSP is not able to track the creative tied to a particular song. The Music Modernization Act helps with this by pushing for the establishment of a better song database and to ensure that this black box money would eventually find it’s way to the artists that were owed their royalties.

As recent as November, 2020, it was still relatively unknown how much black box money was owed to such artists, although even at that time, it was estimated to be in the hundreds of millions of dollars (https://musictechpolicy.com/2020/11/20/the-dlc-finally-confirms-sort-of-how-much-is-in-the-mma-black-box-bigger-than-a-bread-box/).

With this groundbreaking first payment, a precedent has now been set for future collections of similar royalties, so that creatives from around the world can be justly compensated for their work.

What is the Music Modernization Act?

Officially known as the “Orrin G. Hatch-Bob Goodlatte Music Modernization Act” (Music Modernization Act or MMA), the legislation became public law on October 11th, 2018, and is the “most significant piece of copyright legislation in decades, and updates our current laws to reflect modern consumer preferences and technological developments in the music marketplace” (https://www.copyright.gov/music-modernization/).

The law is organized into three titles:

On July 8th, 2019, the US Copyright Office named the MLC as the official collective under Title I of the act, to ensure that music artists received their mechanical royalties from streaming and download services accurately and on time.

Those in the industry should also be aware of the existence and purpose of SoundExchange, which is the “premier digital rights organization in the world, with a mission to support, protect, and propel the music industry forward.”  In a recent TrustedAdvisor interview with Vince Leoni, Partner of Miller Kaplan, Vince explained that “SoundExchange was setup to collect the royalties attributable to the labels and to artists, and to pay those folks out accordingly.”

In the past, SoundExchange acted as the intermediary between the labels and the artists, however, per Leoni, these “labels are now making deals directly with the DSPs,” which now introduces another player in the overall royalty payment process. Industry professionals should ask if these DSPs are accounting for those royalties and sending them directly to the labels, or if the DSPs are accounting for that portion and sending them directly to the artist.

As the amount of DSPs, players, and amount of data in the digital music space increases, it is critical that those in the industry remain vigilant in understanding the accounting and tracing of these royalty payments.

Now, the MLC goes about the monumental task of beginning to locate and identify the artists that these royalties are due to. According to the MLC, they will soon create a new webpage titled “Historical Unmatched Royalties” and provide more information about how they will be proceeding forward. For more information regarding this process and the MLC, please visit https://www.themlc.com . 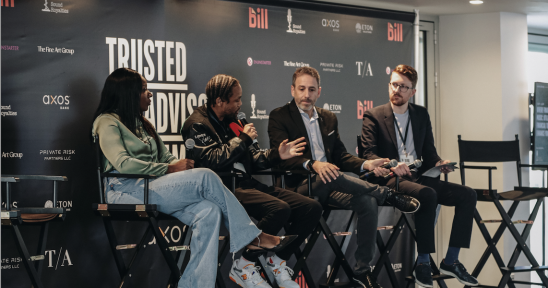