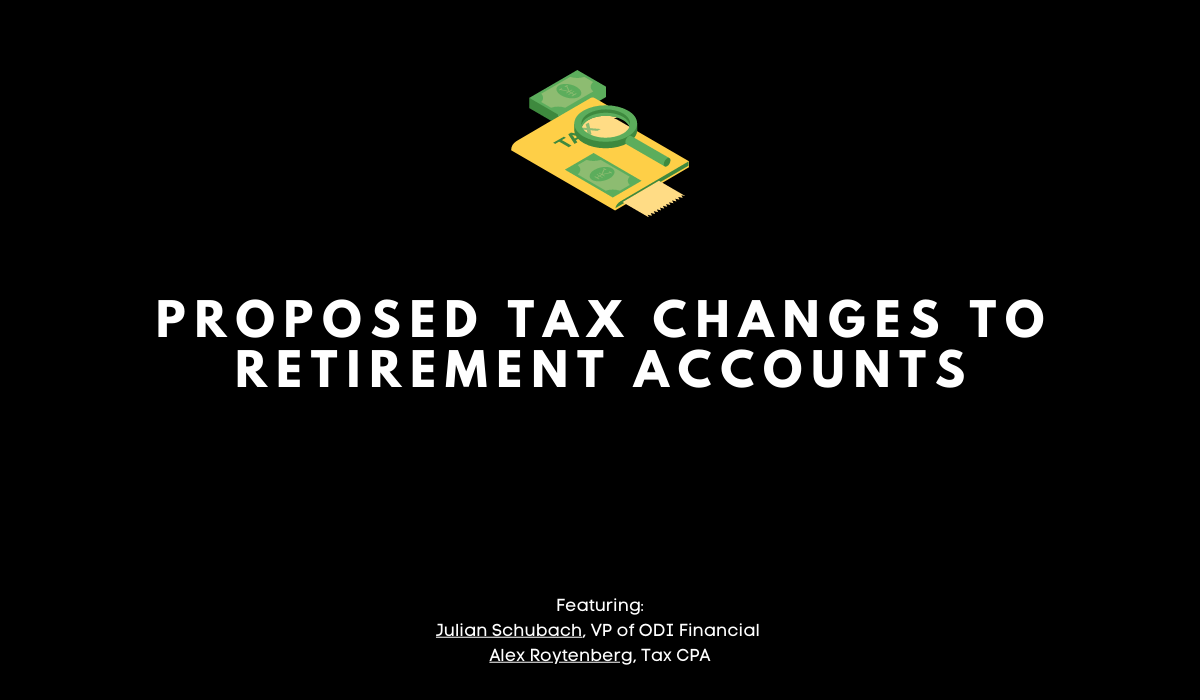 Several retirement account changes have been proposed by House Democrats in an effort to fund a $3.5 trillion budget plan. If passed, the changes would only impact retirement accounts with over $10 million, with most changes beginning in 2022.

In 1997, Republican Sen. William Roth Jr., from Delaware established a law allowing “hard-working, middle-class Americans” the opportunity to save money, tax-free, in a Roth IRA for their retirement. Two things then happened. Some Americans used the accounts as intended, paying normal taxes and adding contributions to their retirement accounts as they could. Others saw Roth IRA and similar accounts as a loophole to grow their wealth untaxed.

The goal of the current proposed reform is to change the use of wealthy retirement accounts that are avoiding taxes. Democrats in favor of the plan believe this would help low- and middle-class Americans create long-term financial stability for themselves while closing the loophole that allows already wealthy individuals to get off scot-free.

Billionaire and PayPal founder Peter Thiel is one of the beneficiaries of this loophole. Worth less than $2,000 in 1999, Thiel has turned his Roth IRA account into $5 billion for him to access when he turns 60.

“The government wants its tax revenue, plain and simple,” said Julian Schubach, wealth management VP of ODI Financial. “As individuals continue to defer and avoid taxes using qualified accounts, the IRS is losing out on significant tax revenue – their goal is to increase the tax revenue in the short term, but intelligent savers with access to a CPA and skilled financial advisor will likely still find a way to limit their tax implications even if this proposal was passed as-is.”

Under the proposed reform, accounts with more than $10 million would be blocked from contributing additional savings, and they would have a required new minimum distribution each calendar year. To prevent “mega-backdoor” Roth, the new bill would also repeal Roth conversions in individual retirement accounts and 401k plans if the individual makes more than $400,000 a year.

Previously, since 2010, individuals have been allowed to convert additional income over this threshold into pre-tax IRA accounts, meaning that after initial distributions, their savings continues to grow tax-free. Eliminating the “mega-backdoor” Roth accounts — a conversion strategy used to convert 401ks into Roth accounts and prepaying taxes on those investments so they can grow tax-free forever — means blocking certain retirement plans from adding an additional $38,500 in post-tax contributions.

Under new Required Minimum Distributions rules (RMDs), individuals at age 72 must begin withdrawing the amount from their various retirement accounts. “These RMDs are less than 5% of a person’s account balance in the first year,” Schubach said. “The new proposal would require those with more than $10 million in qualified savings to take an RMD equal to 50% of the excess — the amount over $10 million — the following year.”

Alexander Roytenberg, CPA, said that he believes individuals who would be affected by the proposed changes would have already started investing in other ways outside of the traditional retirement accounts.

“Individuals might start to think about generational tax planning earlier as a result of the $10 million limit,” Roytenberg said. “We have already started planning with a number of our clients that are at those levels or above.”

Schubach agrees that high net-worth individuals will adapt and expand their investment portfolios with other accounts and use various non-qualified strategies.

One other object the reform is trying to change is that self-directed investments only be open to accredited investors. To be considered an accredited investor, an individual must have income greater than $200k each year for at least the past two years consecutively, or a joint income with a spouse that is greater than $300k for those years with projected future income at a similar or higher amount.

At the end of the day, if and when these changes are made, wealthy individuals with smart CPAs will continue to find ways to minimize taxes. The current loopholes will be closed, but other grey areas will be discussed and the government will have to keep current.